To be able to strengthen the field of historical demography it is important that also junior staff has a platform to interact with each other. The Association for Young Historical Demographers has a daily executive board which is responsible for addressing important issues of, and questions from, junior staff in the field of historical demography. Below you can find the current executive board: 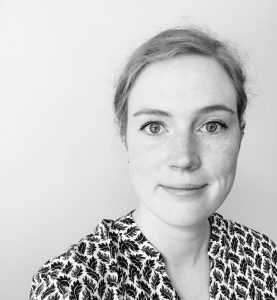 Louise Ludvigsen is a historian who specializes in 19th and 20th-century medical history and historical demography. She gained an MA in History from the University of Copenhagen in 2018 and went on to work as an archivist at the Danish National Archives, administrating the Danish Demographic Database. In September 2020 Louise started a Ph.D. as part of the Link-Lives project at the Danish National Archives and the University of Copenhagen. Her project examines the Danish classification systems of causes of death from 1836-1941, and compares them with the “International Classification of Diseases” from 1893-2020, in order to develop methods for coding causes of death in life-course databases. Previous work has focused on the professionalization of apothecaries in Denmark and the emergence of Denmark’s first female doctors. Her main interests include social and medical history, historical demography (in particular morbidity and mortality), as well as the use of coding and classification systems in historical research. 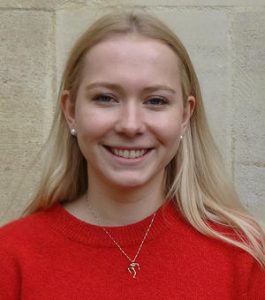 Elisabeth Mjaaland gained an Economic History BSc from the London School of Economics and Political Science in 2019, focusing on historical demography and social policy. Her undergraduate dissertation was titled ‘The Infant Mortality Transition: Identifying the immediate impact of social policies on infant mortality rates in English cities, 1866-1948’. She then continued her study of historical demography with an MPhil in Economic and Social History from the University of Oxford, graduating in 2021 with a thesis focused on the seasonality of infant mortality in 20th century London. In October 2021, Elisabeth started an ESRC funded interdisciplinary PhD at the University of Cambridge, supervised by Professor Alice Reid (CAMPOP, Department of Geography) and Professor Susan Ozanne (Wellcome-MRC Institute of Metabolic Science, Department of Biochemistry). Her PhD research is centred around early-life and intergenerational effects on later-life outcomes over the long-term, using various case studies such as the 1918-1919 Spanish Flu in Derbyshire. 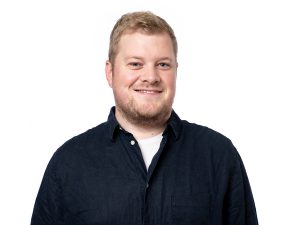 Mathias Mølbak Ingholt holds a masters in History and is pursuing a PhD in historical epidemiology at Roskilde University. In his PhD project titled ‘The epidemiology and medical history of malaria in nineteenth-century Denmark’, Mathias studies the geography of malaria and the factors associated with its disappearance, and links this with the changing meaning of the intermittent fever diagnosis. Mathias has been a visiting scholar at both Lund University (Department of Economic History) and at University of Cambridge (Cambridge Group for the History of Population and Social Structure). His academic interests include historical demography, agricultural history and medical history.

Mads L. Perner is a social and economic historian and a PhD fellow at the Danish National Archives and the University of Copenhagen, where he is affiliated with the Link-Lives project. His project examines gender-specific, socio-economic and intergenerational inequalities in child mortality in 19th century Denmark. Previous work has focused on the history of cholera in Denmark, residential segregation in 19th century cities, as well as the demographic consequences of war in the 17th century. His main research interests include historical demography, methods of record linkage, as well as the use of spatial and quantitative methods in historical research. 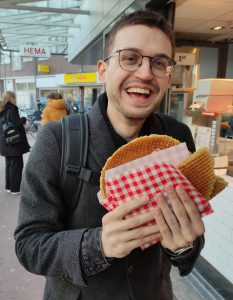 Joris Kok studied Economics at the Erasmus University Rotterdam, the Netherlands, and Economic History at Lund University, Sweden, specialising in women’s historical labour force participation. He is currently employed as a PhD candidate at the International Institute of Social History and the Institute for History, Leiden University. In his PhD project, Joris examines the social mobility and integration of Jews, particularly Jewish diamond workers, in Amsterdam between 1850 and 1940. In this work, special attention is given to marital networks and residential choice. He is also involved in the project ‘Female Empowerment and Economic Growth: The Case of Sweden, 1749-2016’ together with researchers at the Centre for Economic Demography in Lund, which looks into the long-term relationship between gender equality, economic growth, and demographic indicators.

The goal of the AYHD is to bring together early career scholars who investigate historical demographic processes.

This fortnight's article is 'Indirect pathways of multigenerational persistence: the role of uncles and assortative mating in the Netherlands, 1857-1922' by @KimStienstra and @antonie_knigge.

It is our great pleasure to announce the keynote for the 14th Conference of #YoungDemographers:
In 2023 prof. 𝗗𝗮𝗻𝗶𝗲𝗹𝗲 𝗩𝗶𝗴𝗻𝗼𝗹𝗶 from @FlorenceUps will come to Prague!

Call for papers is open until 𝟭𝟳 𝗢𝗰𝘁𝗼𝗯𝗲𝗿 𝟮𝟬𝟮𝟮!

The @EAPS_pop PhD Network is looking for new Steering Committee members. If you’re a #PhD student in Population Studies or related fields and interested in organising events for PhDs & ECRs, don’t miss this chance!

Send you application to eaps.phdnetwork@gmail.com by 31 August.

History Workshop Online is seeking to appoint an Editorial Fellow for 2 years, beginning in October 2022. We are seeking applications from early career historians with specialism in any field of history. This is a paid position. Deadline: 5pm on 15 August.
https://www.historyworkshop.org.uk/call-for-applications-2022/

The History of the Family @hisfam_journal ·
19 Jul

The introduction to our special issue on 'Stepfamilies across Europe and overseas, 1550–1900' is now online!

Exploring stepfamilies from Western to Eastern Europe and looking into the overseas territories of the Dutch and Portuguese empires.